By admin on October 1, 2015 in Uncategorized

Engraving is an ancient art that mankind has practiced for ages. Back in the day, only skilled craftsmen could be able to carry out this artistic task. They used drills and exerted pressure with their physical strength to make grooves on a surface of a metal or any other object before adding texts and artistic designs. The dawn of industrial revolution set a different trend for the engraving world as people embraced mechanical means to carry out engraving tasks. With mechanization, engraving is now an easy and efficient task. The following explains more on the type of engraving services that were with us back then, and that are still being undertaken. 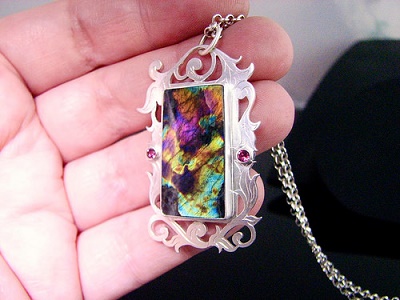 This is the oldest method used for engraving as mentioned earlier. Craftsmen majorly used small sharp tools referred to as gravers. The gravers looked somewhat like wood chisels. The gravers had cutting edges with varying widths. The variation in the width of the cutting edges made it possible to have a narrow or a wider cut into the surface of a metal or any other object.

Hand engravings were used to create artistic designs or words on metals in particular. The most common metals used in hand engraving were gold and silver. It takes years of experience for a craftsman to master scroll work and calligraphic text in hand engraving. The craftsman also focuses on detailed graphics to perfect his art. Some of the works of hand engraving are evidently seen on bangles, lockets, signet rings and silver boxes among others.

In modern world, machines are popularly used for engraving as they are efficient and effective. They make the engraving process easier because they rely on predetermined ratios. Engraving machines use different font stencils to make a particular kind of engraving on different materials. Some of the objects that are engraved by the machine are trays, cups, medals, jewellery, labels, tankards, watches, metal tags and nameplates in Sydney. You can have an engraved watch, tray, cup or any other thing if you make an order in Sydney. Engraving companies offer options for customizing an engraving on different objects.

Laser engraving is the most reliable method when you want to engrave trophies that are either made from acrylic or glass. Most companies like giving out glass trophies during award ceremonies. Laser engraving makes it possible to have anything on the surface of a trophy. Engravings could be names of the person receiving the award, reasons for receiving an award, date of the award and presenters of the award. Laser engraving can also be done on stainless steel and wood. Generally, plastics are not ideal for laser engraving.

If you need engraving services, there are a number of ways that you can use. You can search online for engraving services from different engraving companies. Online search is an easy option as it saves you time and exposes you to many options. You can look at the galleries of different engraving companies to see their work and make comparison before choosing anything. The only limitation with online search is the limitation on touching. You can see a particular artist’s work but cannot touch it. Making a visit to an engraving company is the best way to guarantee your satisfaction after looking at the work of various engraving artists by touching and looking at it from every angle.

View all posts by admin →
What Are The Most Common Uses For Customised Nameplates?
Retail Store Signage Needs To Be Bold And Clear